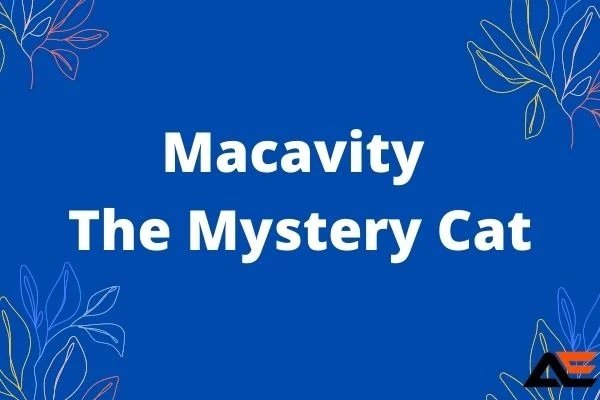 “Macavity-The Mystery Cat” is a humorous poem. It has been composed by T.S.Eliot. Who was not only a great poet but also a world level critic.

In this poem, the poet has adopted the mock-heroic style. Macavity has been presented as a mystery cat. It plays lots of mischiefs but never gets caught. At the site of crime it is never seen by anybody else. It vanishes in the twinkling of an eye and is tall and thin with sunken eyes.

It has an uncombed whisker and a broad-head. The color of its skin is dirty. It cheats people at cards and takes meat away from the meat-safe and drinks milk and steals jewels. It also steals files of important treaties. Really speaking, no place is safe from it.

Scotland Yard and the investigating agency fail to catch it red-handed. It is a headache for the police. The poet calls it a master criminal who defies both human and natural law. That is why the poet calls it a “Hidden Paw”. It controls the activities of other cats with a great skill. The poet compares it with Napoleon.

2. What are the adjectives that have been used to describe Macavity’s character ?
Ans : Macavity has been described as a mystery cat, the Hidden Paw; for the master criminal ; bafflement of Scotland yard; the flying squad’s disappear; a monster of depravity and Napoleon of crime etc.

3. Why is Macavity termed a criminal ?
Ans : Macavity is termed as a criminal because he commits all sorts of crimes. He plunders larders, ransacks jewel cases, breaks glass panes, steals important documents, stifles pet dogs etc.

5. Macavity is never there discuss.
Ans : Macavity is a perfect criminal. He can even steal secret documents from the foreign office. The investigating agencies know it is Macavity’s job but they can never prove it. Macavity is never found at the scene of crime. He leaves behind no footprint rather there is always an alibi to prove that he was a mile away at the time of crime.

3. The poet compares Macavity to……..
A. Napoleon
B. Hitler
C. Bismarck
D. Mussolini

4. Macavity is called….
A. The Mysterious Paw
B. The naughty Paw
C. The exposed Paw
D. The hidden Paw

7. Macavity is full of……
A. Happiness
B. Sadness
C. Selfishness
D. Deceitfulness

8. ’And when the foreign office find a treaty’s gone astray’ is written by…..
A. Walt whitman
B. Rupert Brooke
C. TS Eliot
D. Kamala Das

9. ‘He’s broken every human law’ is taken from……
A. The soldier
B. Fire hymn
C. Macavity the mystery cat
D. An an epitaph

10. Macavity disappears from the place of the crime before the…… reach there.
A. Owner
B. People
C. Comrade
D. Police

11. Macavity is the bafflement of …….
A. Scotland yard
B. Mote yard
C. What yard
D. Capdt yard

15. T.S Eliot has written the poem…….
A. Fire hymna
B. Macavity the mystery cat
C. The soldier
D. Snake